School Yearbooks – the Essex County Branch of the Ontario Genealogical Society (collection located in the Family History Reading room, Windsor Public Library) is looking for donations of Windsor & Essex County school yearbooks for indexing, scanning, and adding to the EssexOGS Collection. These books are valuable to family history researchers. Contact EssexOGS at essex@ogs.on.ca regarding the yearbooks. https://essex.ogs.on.ca/

Any branch of the OGS would welcome school yearbooks to add to their collection, which is a valuable asset to family history researchers.

We recently added new books to the Members Only page.  The Refugee by Benjamin Drew is a collection of “narratives of fugitive slaves in Canada”.  Included are stories from former slaves who settled in Chatham, Buxton, Dresden, Dawn, Windsor, Sandwich, Amherstburg, Colchester and Gosfield.

For those with ancestors who settled first in the USA, Colonial Families of the United States may be of interest. Included are the history, genealogy and armorial bearings of colonial families who settled in the American colonies from the time of the settlement of Jamestown 13 May 1607 to the Battle of Lexington 19 April 1775.

For those with ancestors from France and the interest in what was happening in Canada in the 17th and 18th centuries, the Francis Parkman 8 part series France and England in North America may be of interest. The eight parts include Part 1: Pioneers of France in the New World;  Part 2 : The Jesuits of North America; Part 3:   La Salle and the Discovery of the Great West; Part 4: The Old Regime in Canada; Part 5: Count Frontenac and New France under Louis XIV; Part 6: A Half Century of Conflict; Part 7: Montcalm and Wolfe; Part 8: The Conspiracy of Pontiac and the Indian War after the Conquest of Canada.

Worldometers is run by an international team of developers, researchers, and volunteers with the goal of making world statistics available in a thought-provoking and time relevant format to a wide audience around the world.

We have two new additions to our library shelves.  Come in for a visit!

An extract from A Fluid Frontier: Slavery. Resistance, and the Underground Railroad in the Detroit River Borderland.  Edited by Karolyn Smardz Frost and Veta Smith Tucker.

pg 27 ” At the riverfront, vanes of French windmills paddled the breeze, the steeples of St. Anne’s Catholic church graced the sky, the wolves in forests surrounding the town howled through the night.  Native peoples and Metis voyageurs canoed the river and inland waterways.  British colonists and American settlers plied lakes and rivers in sailboats, and farmers from the Canadian side of the river  carried their produce to Detroit markets in a horse-powered ferry.  Enslaved U.S. blacks also navigated the river, seeking freedom in colonial Canada, while blacks held in bondage in the British colony crossed from the opposite shore seeking freedom in frontier Detroit.  Elizabeth Denison’s father, like all black Americans who  had earned their freedom, also had to negotiate the international boundary and his political identity and national loyalty, just as had Native peoples, French and British settlers, and enslaved African Canadians in this frontier borderland.”

An extract from Peter Robinson’s Settlers 1823 and 1825 by Carol Bennett.

pg 4 “The government-sponsored emigration scheme whereby impoverished Irish families were transported to Upper Canada under the leadership of Peter Robinson was an experimental venture.” “The economic situation in the early 1820s was grim.  The Napoleonic Wars had only recently come to a close, and as the war industry came to a halt, the price of grain fell sharply throughout Britain, of which Ireland at that time was a part. In addition to this there was a decline in world markets for goods, which Ireland produced, for American entrepreneurs newly free from their own war with the British, were stepping in with cheaper goods. Their cotton began to replace Irish linen, a factor which put many weavers out of work, and they also cut into the market with salt beef, another staple.. ”  “In 1821, the potato crop failed.  The cause was  a disease known as curl, or dry rot, not different from the fungus which led to widespread famine in the 1840s.  This 1821 failure caused great distress among the poor, who subsided mainly on a diet of potatoes and buttermilk. ” “Many people, unable to find work and thus deprived of the means of livelihood, starved to death, while whole families huddled together in primitive, earth-floored dwellings which contained little or no furniture.”

“pg5 “Economic problems were not the only reason that so many people were willing to try their luck in a strange country.” “The vast amount of the poorer people in southern Ireland were Roman Catholic.”  “After the defeat of the Jacobites, the British parliament devised a plan which would limit the power of the Catholic aristocracy who remained, and which would severely limit the lives of other classes of Catholic society.”  “Smaller land owners were forced to follow the ancient system of gavelkind, a system of land inheritance in which a farm had to be equally divided among all the heirs at the death of the owner.  After a few generations, the plots of land became quite small and it was impossible to support a family on them. ” “Catholics could not buy land , and when they rented it, they could not obtain a lease longer than 31 years.  Inter-faith marriage was discouraged, and if a Protestant land owner married a Catholic girl, he forfeited all lands and titles.  Among the Peter Robinson settlers there were a number of couples who ran away to this country because their families disapproved of a mixed marriage, and this may have  been not simply because of bigotry, as one might expect, but because of these Penal Laws which were still being enacted in living memory.”

NEW for 2016: Many copies of the EssexOGS Newsletter “Trails” have now been scanned by “Active Members” and posted to the Essex Branch’s ‘members only’ section of the OGS web site: https://www.ogs.on.ca/

The third edition of the 1980 Trails contains a number of names of active council members, guest speakers, and researchers such as the following (cut & pasted):

Another reason to being an “Active member” of the EssexOGS; future generations will have another source to research their ancestors 😉

William Henry Hooker was born 25 Mar 1793 in London England where he married Ann Whittal on 1 Apr 1822.  They travelled to Canada shortly after their marriage and their children were born in Quebec.  George Henry Hooker , their youngest, obtained 125 acres on Concession 7, Lot 12 in Blytheswood, Ontario and he and his wife Ruth Reid had eight children.  Their children married into the Tilden, Willan, Parker, Srigley and McMullin families.  William Henry died 9 May 1905 and Ruth died 5 Mar 1932.  They are both buried in Albuna Cemetery in Mersea Twp..  Jerry Hooker of Walled Lake, Michigan prepared the section about this Hooker family  in 1990.  He obtained his material from various sources including: the 1881 Census, the Albuna Cemetery records, the family bibles of both Jennie Hooker and William Henry Hooker, as well as parish records from London, England. This post contains only part of the record and Book 4 of Early Settlers of Essex county has 45 such stories.  The indexes to all 5 books is posted on our Publications Indexes page.  See if your ancestor has been studied in the past!

Some of Dolores’ information obtained from the Bowing Family Bible, Huffmen family bible,  and ‘The Mongers a family of Old Virginia by Bellie Jo Monger

French family history resources were highlighted by Margaret Jeffrey from the RFPO La Pionniere du Sud-Ouest.  She mentioned they also have some Irish resources included in their Catholic Church records.

Heather Colautti from Windsor’s Community Museum presented many how-tos, dos and don’ts when it comes to taking care of family mementos.  Heather suggested The Canadian Conservation Institute website as a good resource for more information.

Learn about this valuable DNA tool and how it can help you in your family history research.

Ontario Ancestors’ Grow Our Family membership campaign will return once again for the 2021 year.  Any member of the Society renewing their membership can receive a 50% discount 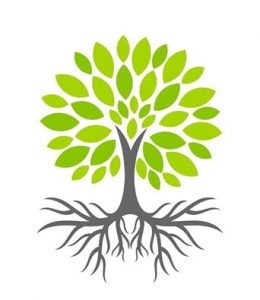 on their membership fees simply by bringing in a new member with them.  And the new member gets the same great deal – Society membership for $31.50!! see ogs.on.ca for details